Trump Tweets and Stock Sentiment: Akin to An Opening Bid

President Trump’s inauguration hasn’t slowed down his Twitter activity. In a recent interview with the Wall Street Journal I was asked how Trump’s tweets about specific companies affect stock prices.

It’s important to realize that the trading opportunity in a tweeting president is around the conversation that follows the tweet, and not the tweet itself. The “shock factor” and subsequent impact of a tweet on securities prices will break down over time. This happens more quickly than one might expect, as investors (and human beings generally) pivot their reactions quickly in changing environments.

This “diminishing return of influence” even applies to the President. We started to think about this phenomenon based on what we were seeing in the online discussion over the past few years about Apple and Carl Icahn’s tweets.

At first, it’s surprising that a person of influence would so freely share their views about a company’s prospects. But over time, we see that most stocks trade based on sentiment or the actual supply/demand realities of a much broader investor community.

Social platforms are ideally positioned to capture the “buzz” (pardon the pun) that Trump creates. At BUZZ, we view Trump’s comments as akin to an “opening bid”—a point-of-view that engages thousands of investors to share their own thoughts on the prospects of a given stock.

Some may agree with us on this; others may not. But our point is that Trump’s tweets serve as a catalyst that enables investors to focus on a particular theme and then engage with others to validate or refute the view. Therein lies the true opportunity: to listen in on these conversations and identify sentiment patterns around the stock. Sentiments that represent the collective view of the investing community.

There are several insights from the BUZZ Index which highlight how our theory pays out:

General Motors. On January 3rd, Trump tweeted: “General Motors is sending Mexican made model of Chevy Cruze to U.S. car dealers tax free across border. Make in U.S.A. or pay big border tax!” GM opened the trading day higher and has continued to rally since the tweet. Here we can see in real-time the “diminishing returns of influence” I describe above. One might have (incorrectly) assumed that “big border tax(es)” would be negative for GM and its earnings potential. In fact, the broader conversation that the President started (the tweet had nearly 10k replies, 19k retweets and 75k likes) sparked a conversation about the investment merits of GM. We observed sentiment relating to those discussions as generally bullish and GM was added back into the BUZZ Index on the January rebalance date. The stock has rallied since.

Boeing. On December 6th 2016, Trump tweeted: “Boeing is building a brand new 747 Air Force One for future presidents, but costs are out of control, more than $4 billion. Cancel order!” Boeing stock opened 1.5% lower following the tweet. Note, this tweet was a surprise to investors and the “diminishing returns of influence” factor had yet to fully establish. Again, insights from the broader conversation that the President started (the tweet had nearly 21k replies, 43k retweets and 143k likes) provided more meaningful insight. Boeing had been viewed positively by the community prior to Trump’s tweet. His comments did not alter sentiment, as Boeing remained in the BUZZ Index in both the December and January rebalance dates (the stock has since rallied to all-time highs).

Financials. The financial sector is a good example of the indirect benefits of having a President who tweets about stocks. Despite not posting a tweet directly supportive of U.S. financial stocks, investors have taken to social platforms to engage and share their views regarding the sector’s prospects under the Trump administration. Unsurprisingly, the tone of the conversation has been decidedly bullish. That sentiment has been reflected within the BUZZ Index, with financials averaging a 6% weight in the index post-election, up nearly four-fold from their 1.5% weight in October.

Stay on the smart track with crowd-sourced sentiment about the top 75 bullish U.S. stocks, rebalanced monthly, and made available in the BUZZ Indexes ETF.

A Black Swan in the White House

In his book The Black Swan, essayist, trader, and probability researcher Nassim Taleb defines a “black swan event” as a statistical anomaly that lies “outside the realm of regular expectations, because nothing in the past can convincingly point to its possibility.”

As highly unexpected outliers, black swan events cause extreme consequences that we humans cope with in the aftermath through rationalizations and explanations to make what happened understandable and predictable.

However, is Trump’s Twitter habit and penchant for off-the-cuff comments akin to having a black swan sleeping in the White House? His unpredictable tweets and commentary could easily fit Taleb’s criteria for a black swan event:

But as “Tweeter-in-Chief”, Trump still has a diminishing return of influence. The more he tweets and the more outrageous things he says, the more he dilutes the effect of his voice among the collective, which is great at recognizing patterns—even if they’re black swans. 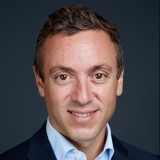